Google’s Robot Cars are Safer than You or I 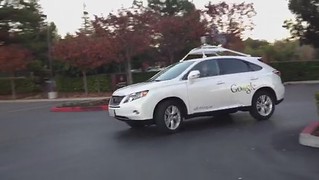 Their analysis showed that  showed that when a human was behind the wheel, Google’s cars accelerated and braked significantly more sharply than they did when piloting themselves. Another showed that the cars’ software was much better at maintaining a safe distance from the vehicle ahead than the human drivers were.

Interestingly while most people are talking about the massive challenges ahead to gain regulatory approval for self driving cars, Chris is quick to dismiss these claims, pointing out that California, Nevada, and Florida have already adjusted their laws to allow tests of self-driving cars.

And existing product liability laws make it clear that a car’s manufacturer would be at fault if the car caused a crash, he said. He also said that when the inevitable accidents do occur, the data autonomous cars collect in order to navigate will provide a powerful and accurate picture of exactly who was responsible.

Read more at  Data Shows Google’s Robot Cars Are Smoother, Safer Drivers Than You or I

What do you think?  Are you looking forward to the day you can jump in, start up and clock off while your car drives you to work?